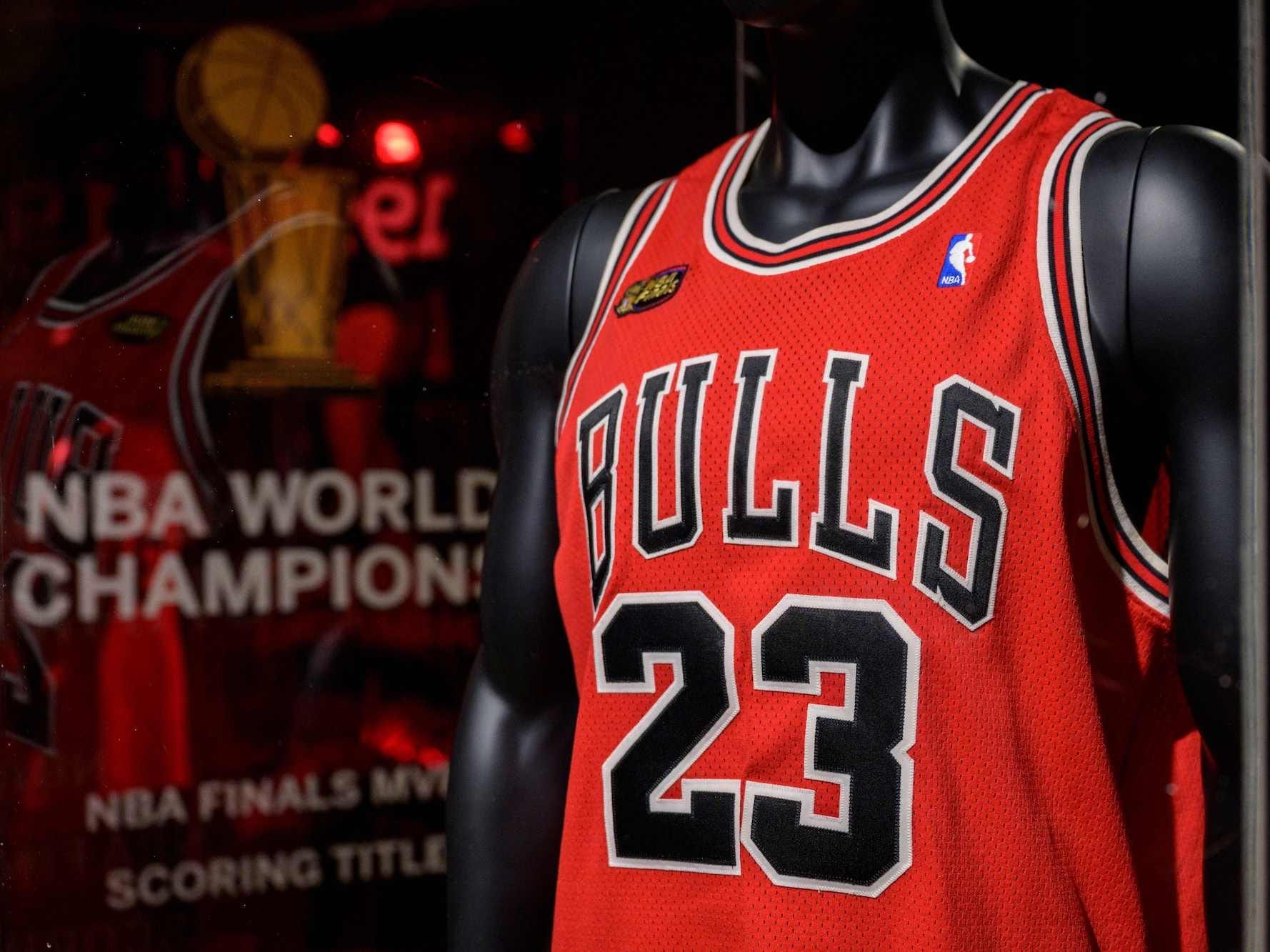 Jordan wore the jersey in the opening game of the 1998 NBA Finals, which the Chicago Bulls went on to win.